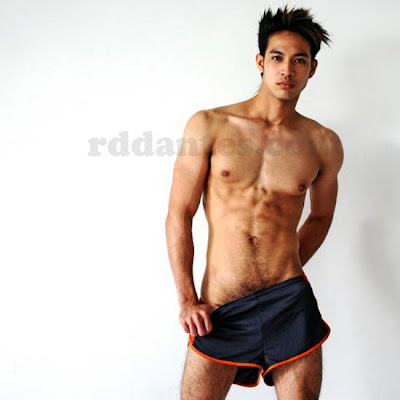 Even if he’s not that active in showbiz unlike his contemporaries in Provoq like, uh, like the..other guys, Aiman Perea aka Niko Arellano is still visible in modeling.  He’s in practically every major fashion show in town – Bench, Mossimo and that Cosmopolitan [Phils] magazine show.  The tall and hairy Niko also owns a small greasy spoon as his business. Just a suggestion: since there is a new indie movie called Bola [about the lives of varsity basketball players and their benefactors], why not cast Niko Arellano in one of the roles as he’s tall, lean and sexy?