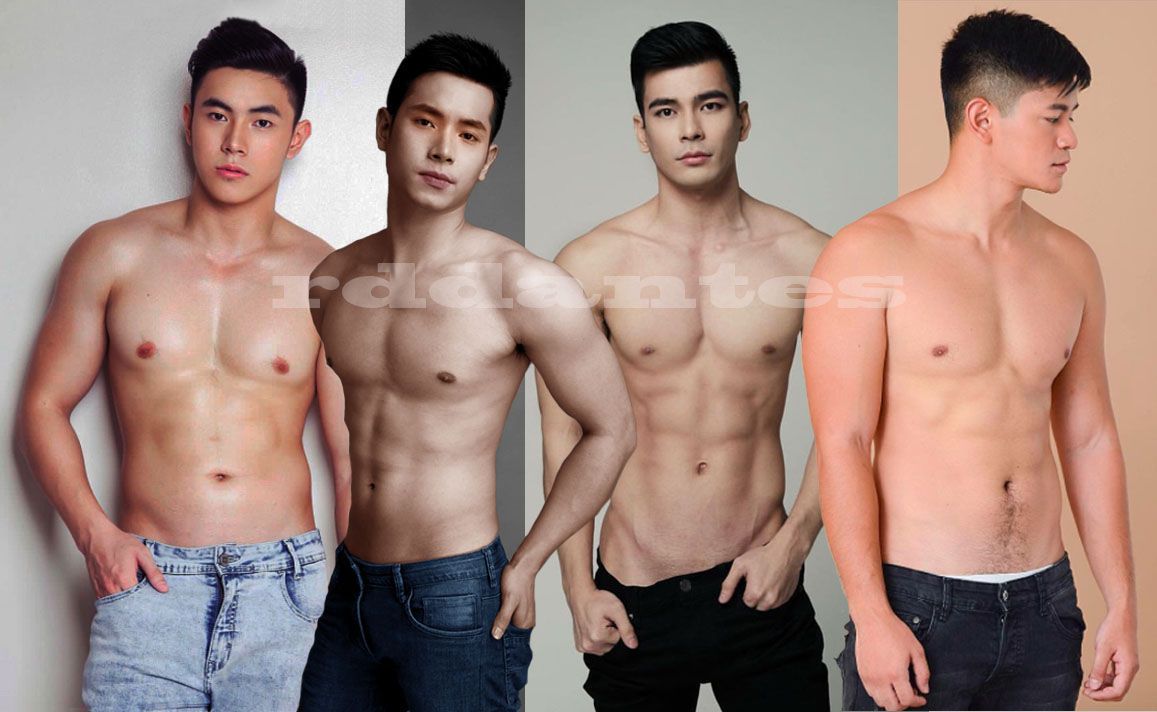 It’s a motley crew of pretty, fresh boys who have taken their shirts off in the name of hotness! Wryan Chua is situated leftmost, a Mr. Chinatown runner-up and a student at the CEU. Next to him is Mr. Chinatown Jan Louie Ngo, a 22-year-old graduate of Management of Financial Institutions at De La Salle University Manila.  And then there’s Cedric Evan Vergonia, back in Manila after his U.S. immigration try, some controversies, and 15 minutes of fame in a noontime show. He’s also the Bodyshots 2013 winner.  Righmost guy is Matt Singson, also known Albie Casino‘s best buddy. Who’s the hottest?