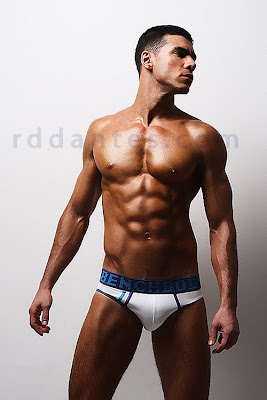 Just in case you were wondering about that hulking guy in tighty whities at the Cosmopolitan [Phils] magazine annual flesh fest, his name is Ricardo Carpentieri. He’s a 25 year-old Brazilian who’s trying his modeling luck in Manila for a while. He appeared in the fashion shows of Bench underwear and Wrangler, in addition to the commercial and print ads for top local brands. The 6’2″-tall model has been in the business for five years now.