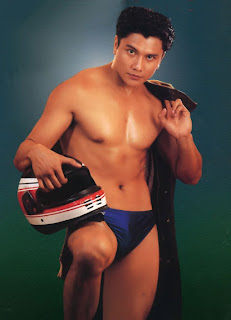 Ariel Morales is now 31 years old, a former ramp and commercial model and part-time stage actor. He grew up in Valenzuela City but graduated with a degree in Hotel and Restaurant Management from the Colegio del Sagrado in Iloilo City. He was discovered at the Boracay Bikini Open 1998, which subsequently paved the way for modeling assignments in Metro Manila. Aside from modeling, Ariel also went into theater, the most memorable of which were his portrayal of the national hero opposite Chinchin Gutierrez in Mi Ultimo Adios and in Lahi [Kami ay Pilipino] at the Centennial Show in Clark Expo Filipino.