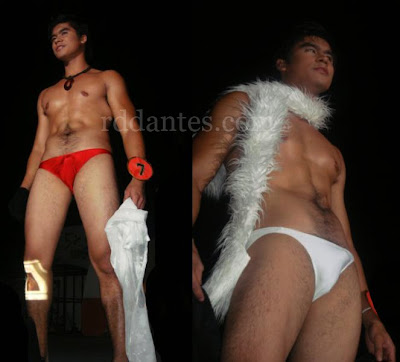 Remember the hairy guy named Oscar Ilada who participated last year in the May event of Star Group of Malls dubbed as Heatwave Bikini Showdown ? Well, he’s still at it, doing bikini competitions in the metro and in nearby provinces. Probably his furry-fluffy belly adds some appeal, don’t you think so? Incidentally, Heatwave is the same contest where Harry Chua was discovered when he won in the 2007 edition.