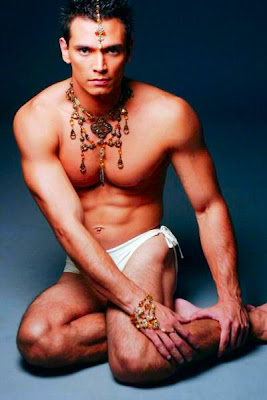 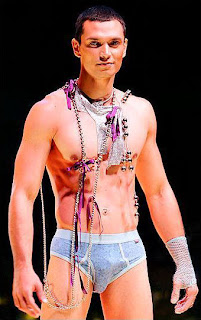 Cebu’s top male model is arguably Harold Dee. The half-Filipino, half-German Cebu native has been modeling for years in the Queen City, mostly for top brands and major designers in the region. Last year, he appeared in the Bench Fever underwear fashion show in Manila. Although he was a headturner in a sea of models at the Bench show, he was largely unknown to most Metro Manila fashion watchers. In Cebu, he is a member of the MAC [Models Association of Cebu], which most probably is the equivalent of the influential PMAP in Manila. Although Harold Dee is now 29 years old, he still does the rounds of ramp shows and major campaigns in Cebu. Easily the most-liked model there because of his good looks, bearing and proper attitude, not a few are wondering why Harold Dee has not invaded Manila’s savage modeling biz.