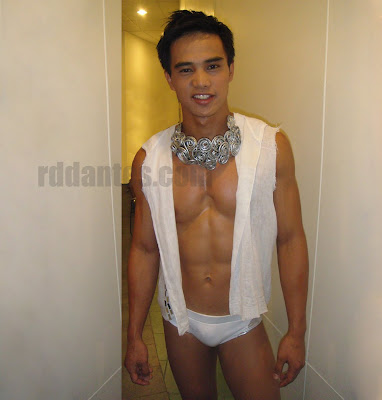 Boyish Harold Oide has come a long way from his Ginoong Pilipinas days when he was a fledgling model in Manila fresh from La Trinidad, Benguet. In the 2007 edition of Ginoong Pilipinas, he placed second to eventual winner Denver Olivarez. Then he joined the newly-resurrected Body Shots modeling competition in 2008. He didn’t win that one, though. That year, he was included as one of the 69 hot bachelors of Cosmopolitan [Phils] magazine. Recently, he was one of the chosen few who made it as one of the contestants in the Mossimo Bikini Summit. And, though we all know who won, the contest opened doors to this cute 21-year-old in the modeling world.

29 thoughts on “Harold the Dauntless”