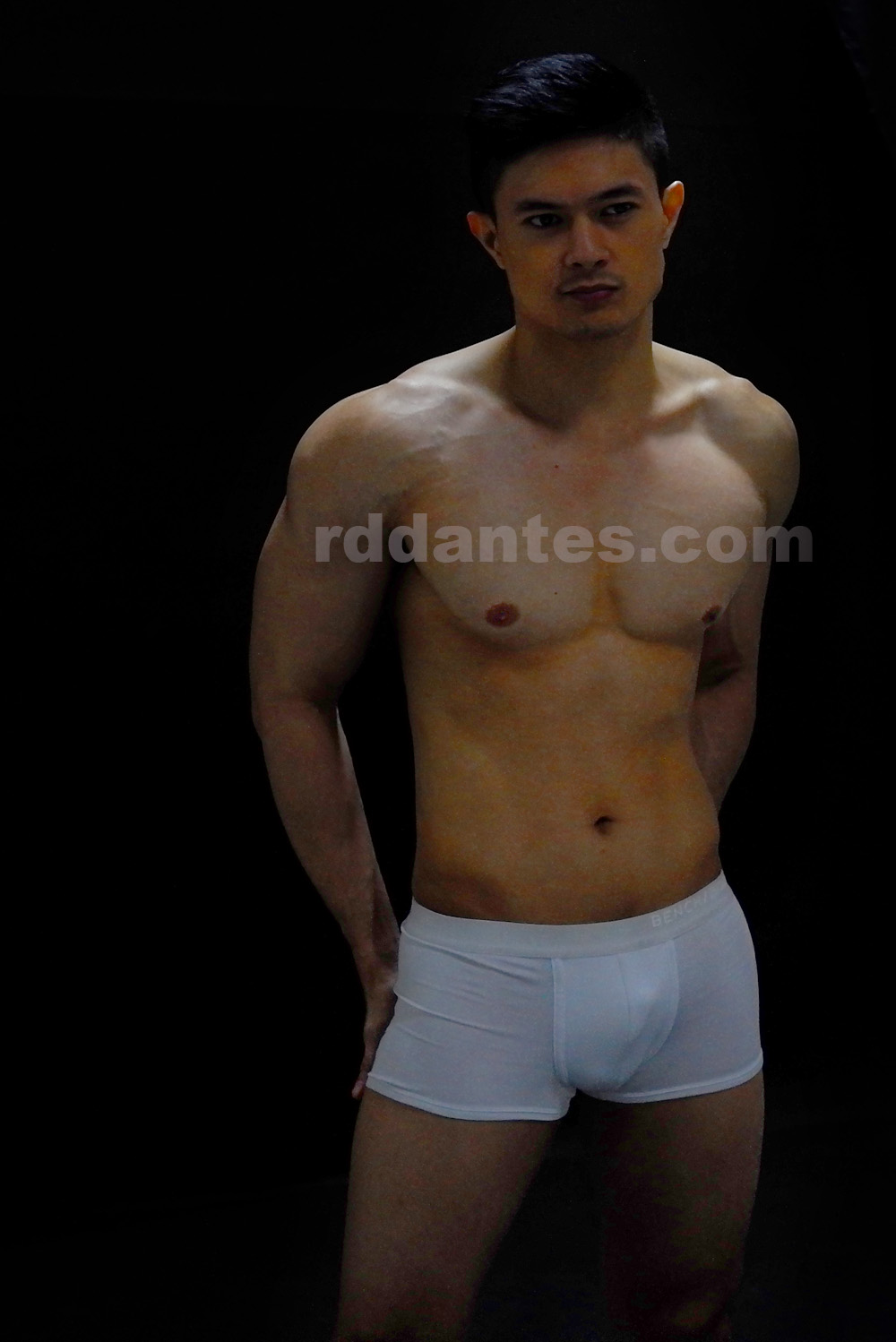 John Harren Cuevas is on a career renaissance these days. After the Bench shows this year, he’s making himself visible again in the market, er, showbiz. He joined Viva Hotmen when it was just about to split for good, so nothing much came out of his showbiz career ten years ago. Prior to his stint in the sexy male group, John Harren was the Mister Caloocan City 2002 and the Mr. Face and Body Bikini Open 2003 in faraway Cagayan Valley. In 2004, he became a member of the Metro Hunks, a song-and-dance group of men performing in comedy and sing-along clubs in the metro. The following year, he was the grand champion in Bodyheat Model Search, which title paved the way for his inclusion in Viva Hotmen. He did a couple of straight-to-video films such as Pinoy Kamasutra and Erotic Lapdance, produced by Viva Entertainment. After Viva Hotmen, he went to work in Japan.