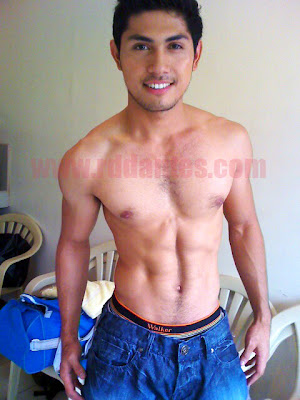 The newest tv commercial of Robin Padilla, that is, the Skyflakes Crackers tvc showed three cute hunks beside the action star. Suddenly, Robin blurts out the “Ito na ang break mo, kagatin mo” line to one of the guys. The guy who was given his three seconds of fame in the tvc was Ryan Garalde, a 22-year-old model. He was one of the featured boys of Cosmopolitan [Phils.] magazine in its 2008 edition of 69 hot and new bachelors. Hot!