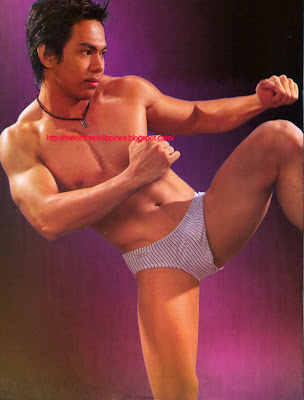 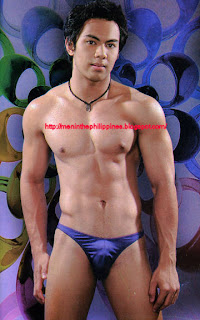 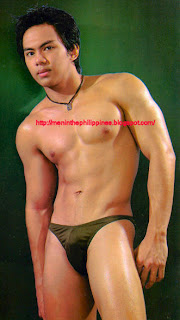 He has not been visible lately with Provoq, so I guess he could be out of the body of men called Provoq. Twenty-one year old Gabriel “Gabz” del Rosario was Mr. Manila 2002 and the winner of Face of Bassilica Season 8, before he was discovered for the group. He graduated recently with a Business Management degree from the Far Eastern University. His main goal is to be a Flight Steward, according to his bio.

Nevertheless, the show Cruise, the second edition of the Men of Provoq, is still on and tickets are getting sold out to the event. Cruise, a Provocative Tour is a gay party highlighted by a series of sexually-charged production numbers with themes from around the different continents of the world, from the Men of Provoq. The party is on August 10, 2007 at the NBC Tent. Show Starts at 9pm. VIP tickets entitle one to a free drink and entrance to a specially designated area right by the stage for the best view of the show. VIP ticket holders can also drink and interact with the Provoq Men right after the show. VIP tickets are at Php1500 and are not commercially available. You may email lexbonife@yahoo.com your contact numbers if you want reservation for the VIP tickets.

One thought on “Is Gabriel del Rosario out of Provoq Men?”