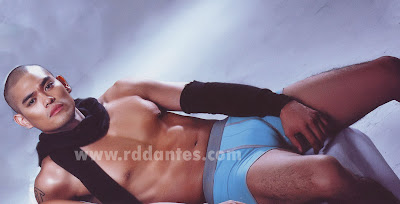 Rumors are rife as to the transfer of R&B singer Jay R from GMA-7 to ABS-CBN. Here’s a report from the Manila Bulletin: Jay R, the goodlooking singer-rapper-TV host from GMA 7, is indeed being wooed by Studio 23, ABS-CBN’s UHF-TV channel, to appear in one of its new shows. However, there is apparently no truth to the buzz that Jay R is being offered a handsome seven-figure monthly talent fee just to be seen on Studio 23. Most people note that Jay R’s talents have not been maximized lately on GMA-7, where he is simply relegated to hosting the Sunday noontime show, “SOP.” Jay R’s hordes of fans will agree that the talented artist can do more, given the opportunities to display his talent on TV. He can show that he’s not just a (Bench) poster and billboard boy who can bare his great physique. Jay R’s talent manager, Arnold Vegafria, has reportedly negotiated with Studio 23 bigwigs for Jay-R’s TV contract. Will his Studio 23 entry pave the way for his eventual transfer to ABS-CBN?  And, if you ask me, I will just wait for this singer’s appearance at the Bench underwear show this month. Let’s see how he will fare in this supposedly R-18 Blackout show of Bench.