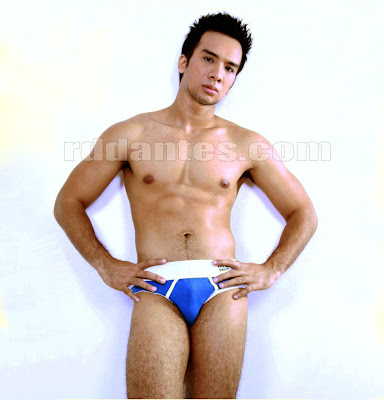 Twenty-two-year-old male model Bernard Jason Saguinsin is cocksure.  The 5’8″-tall commercial model from top university Far Eastern U is all prepped up for the summer.  Jason was one of the featured guys in Cosmopolitan [Phils.] magazine’s 69 hot and new bachelors for 2008.  Too, he – along with other models – topped the Generation East 2008 modeling search at the Sta. Lucia East Grand Mall.