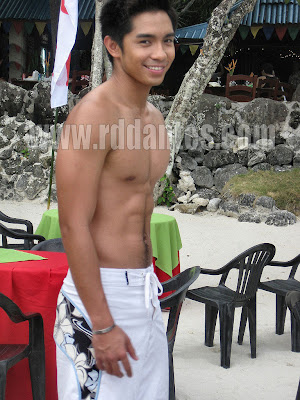 Survivor Philippines winner JC Tiuseco is now an actor, as he tackles his first full-length acting job on GMA-7’s Sunday afternoon show, Dear Friend.  The baller-turned-tv-host-turned-actor is taking on the role of a lifeguard in a beach resort. That means he’s shirtless in some scenes, natch! Photo above was taken at the Dakak Park Beach Resort in Taguilon, Dapitan in Zamboanga del Norte.  Reportedly, JC passed his acting scenes with flying colors, according to the show’s director.

11 thoughts on “JC Tiuseco is now an actor”