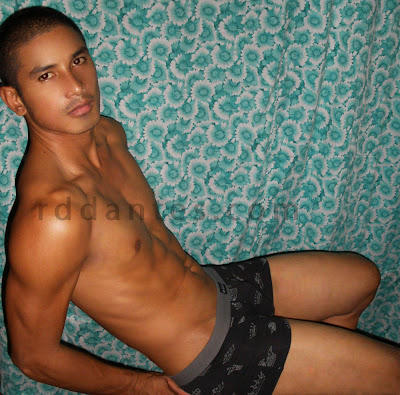 Cebuano model Jerrymie Ferrer is one hot guy. This 27-year-old hunk is one of the busiest models in the Queen City of the South. He has also done Bench’s biennial bikini and jeans show in Manila. This is no mean feat because only a handful of local models were picked for the show in Manila. At home, he has won numerous bikini contests – Mr. Body Shot Philippines 2007, Mr. Jamaican Nights 2006, Mr. Slimmers World 2007, to name a few.