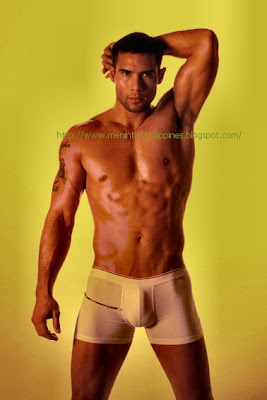 Although he is not that visible these days, the mostest Bench underwear model Jon Hall still delivers that raw and manful bearing he has always been known for. Based in Cebu [Malapascua] to be with his Filipino mother and British father [he also has a sister into modeling], he shuttles back to Manila when there are projects. The ultimate male model has declared in a magazine interview that he has now grown mature as he is “pretty mellow now though.” He also has made an effort to stop drinking to control his temper. He admits that his worst vice though is smoking. When asked if he is hot, he makes a go for modesty by saying he thinks he is “not bad looking, but I won’t be arrogant about it.”