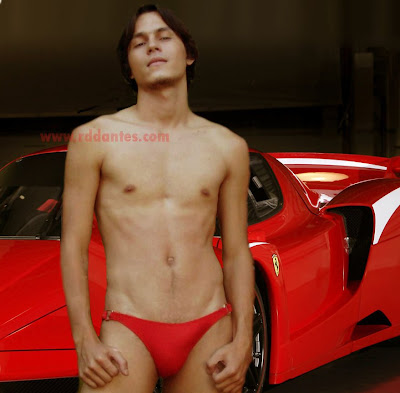 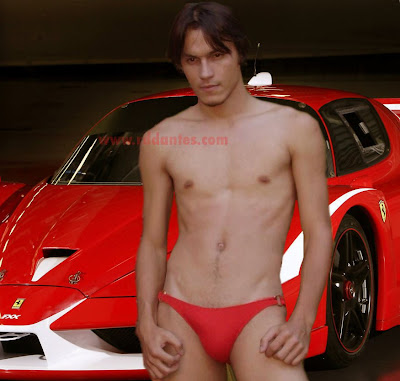 When I was younger, I used to stare at the glossy calendars with half-naked women [usually in tacky shiny swimsuit] posing beside sparkling sports cars.  The attention to those women wasn’t so much in the prurient state but more on the silly imagination of replacing those images with men in undersized underwear [tacky and shiny, too].   Now, with immense technology, i can do just that. For example, here’s Lance Howard, a 6’1″-tall male model who’s getting visible again in the runway modeling circuit after some hiatus [He joined Ginoong Pilipinas 2007 –  the one won by Dennis Barrion].