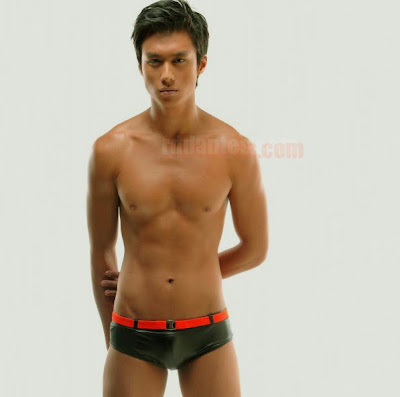 Male model Jiro Shirakawa is a go-getter. In a good way, of course, as he has a grand design for his success in the future, and that is in show business. The 19-year-old cutie conveniently dropped out of school to pursue his wish to be in the glitz and glamor of the modeling industry. After winning the Mossimo Bikini Summit 2009 just recently, he is all set to invade tv. Maybe he is going the way of the reality tv route, that is, as one of the contestants where people would get to know him better in candid and unguarded episodes. Something like ABS-CBN’s edition of the Big Brother series, perhaps?