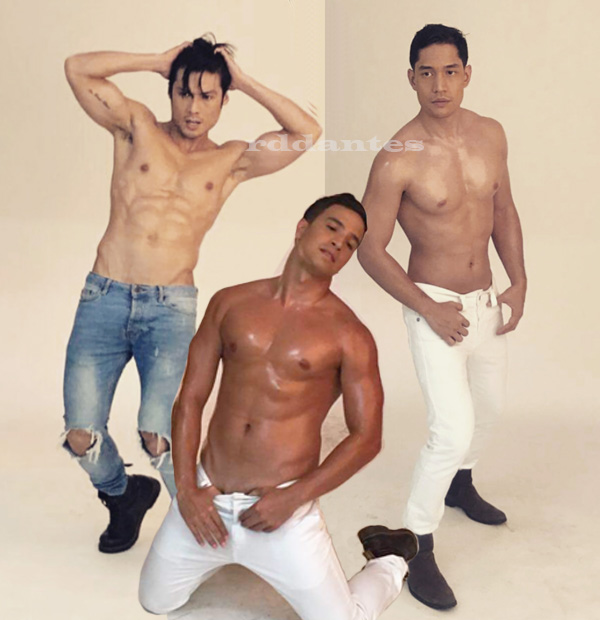 There’s a new group called Pinoy Magic Men, and it’s wonderfully composed of boys from all walks and uh, persuasion in local show business. I featured the first three members before – Vin, Albie and Marco – off to the US for a series of shows with drag queens. The other half of the team is made up of Jay, Markki and Victor, who – if you ask me – could still give the younger ‘uns a run for their milk money.