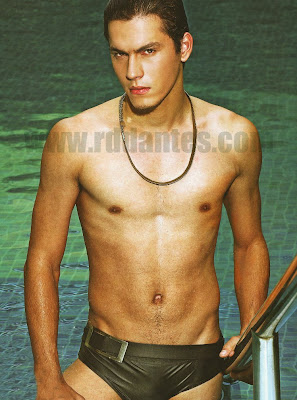 Lance Howard is really going forward!  He first appeared as a contestant in the 2007 Ginoong Pilipinas contest [won by Dennis Barrion], where he represented Quezon City.  The 6’1″-tall mestizo was a standout in the contest that put too much emphasis on the scanty swimwear – all because he was bursting in his britches throughout the flesh fest!  Just the same, Lance got discovered by talent agents and went on to model for prints ads and the runways.