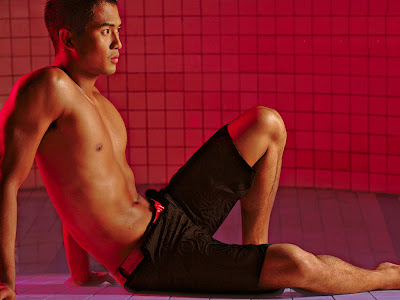 This is the go-grab-a-copy now post. Icon Magazine Philippines has come out with its latest issue, with Sylvester “Ram” Sagad on the cover. Ram Sagad [UPH’s source of woes and troubles recently] is the current winner of the Century Tuna Superbods, an annual model search of Century Tuna. He was the surprise unknown who beat top favorites and pro models in the competition. Incidentally, the latest issue also features perennial bikini pageant contestant Alizon Andres, who talks about some “controversy” in the Century Tuna event. Alizon Andres handily won the Texter’s Choice award in the pageant and there’s no controversy there. Ok, go buy the magazine boys!