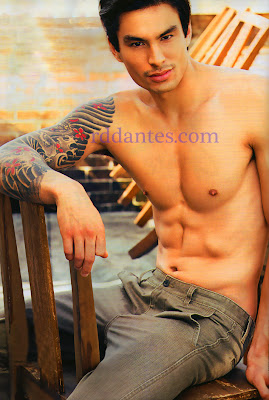 If this hottie looks awfully familiar, maybe you have seen designer Rajo Laurel’s latest collection for the season called Hanami Holiday 2012. Twenty-four year old Stefan Chung, figures prominently in the ad campaign and how! The 6′-tall Stefan is Australian-Chinese and he has been modeling around Asia for quite some time now.