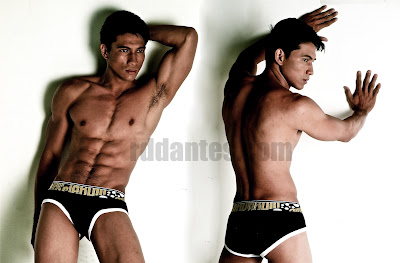 He’s been around in the modeling biz for quite some time already and yet Jadel Lee is still plodding on. The 27-year-old model has won a number of awards and titles in the bikini pageant circuit. He used to be a dancer for a group called Power Image, which performs mostly in mall shows. He also dabbled with theater then [remember the all-male revue Penis Talks?] Now, with his rock hard body, Jadel Lee is undaunted as he presses on with his modeling career.