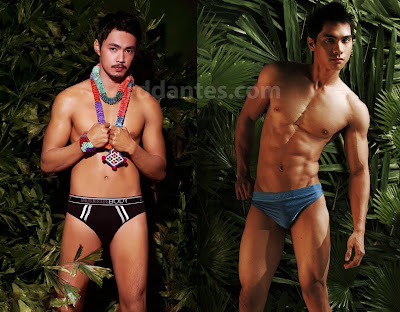 At the 2007 Mossimo Bikini Summit, then 23-year-old Haroun Morales competed against a motley group of good looking boys, including a lean and mean Adrian Racho. Haroun and Adrian didn’t win, although the latter took home the Photogenic award. Undaunted, Haroun joined the Be Bench Model Search a year after and he landed first runner-up. He is now with ABS-CBN, appearing endlessly in bit – but rewarding – projects for the network. Haroun is still with ABS-CBN, working his ass off [no pun], slow and easy. And as for Racho, he’s still very much around after doing racy pics for a local gay rag. And what’s the point of this post. Nothing. Uh, two words, actually: casting couch.

26 thoughts on “Ron and Racho”