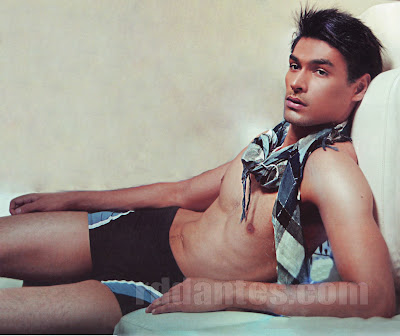 Reed-thin and in-demand model Sassan Shokouhi is our Sunday boy.  The 24-year-old cutie – born to a Filipino mother and an Iranian father – has been in most runway shows of top designers and brands in the country.  He is also a sought-after mannequin for fashion editorials in major fashion magazines and publications.  The 6’1″-tall Sassan – once featured as a hot bachelor of Cosmopolitan [Phils] magazine – appeared in a sexy music video with a woman called Gretchen and a billboard for Gibi shoes. [Update: Jiro Shirakawa grabbed the Mossimo 2009 title last night].