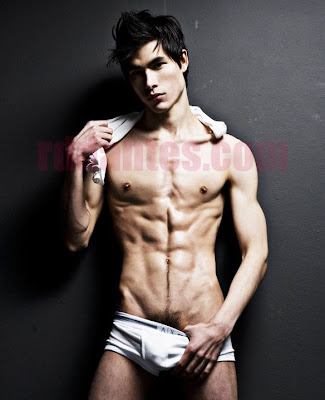 He’s of Irish, Korean, German and Native American descent and he was here in Manila recently to do some modeling work.  His name is Sebastian Monroe, a 22-year-old native of Alabama who grew up in Virginia and California.  He says he’s a newbie in the modeling business as he has been doing “normal things” back in the US when an agent picked him up and sent him to Singapore to work the runways.  For now, his goal is to fix his handicap – a hearing problem, which he hopes will be operated on soon using his earnings from modeling.