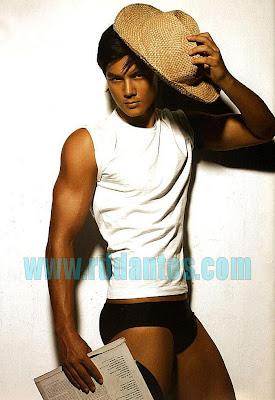 Twenty-three-year-old Daniel Kenji Matsunaga will soon make up the handsome triumvirate of Brazilian-Japanese models at Mercator Model Management, Inc., which also manages Aki and Hideo. Two things – [1.] In this video, Daniel Kenji confirms his nationality and lineage. [2] Mercator writes in to report that the comment on Daniel being an exclusive model of Reco Modeling Agency is unfair. Mercator says that it did not pirate Daniel from Reco. International models, reportedly, have their own agents abroad, which agents can arrange the direct bookings from other countries. It turns out that both agencies -Reco and Mercator -know the agent of Daniel, who chose the latter when he decided to try his luck in Manila. Capisce!

5 thoughts on “Some Clarification”