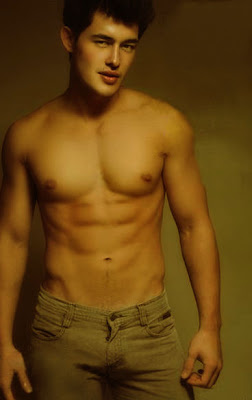 From Oliver Carnay of HollywoodFLIP.com, I received mail remarking on recent posts about Chris Friel. L.A.-based and seasoned photog, publicist and reporter Mr. Carnay, who chronicles Philippine and Hollywood entertainment news and events in the widely-read HollywoodFLIP.com, has published an open letter to Chris Friel in the website, which letter reads in part as:

“In this business, I have accepted that many people are very ungrateful. But I told myself I will not be like them. I hope, Chris, that you’ll learn to give credit where credit is due and you’ll appreciate what people have done for you. Sometimes, just a little “thank you” is even enough. I was not asking for any money for the things I’ve done for you. I was just asking for a little respect. Just a little respect!

At this last pageant, during the rehearsal, you were asked which country you would represent, and you replied, “I have to get back with you on that!” You mean, after winning the title Ginoong Pilipinas USA, you are not sure yet of which country you will represent?

You have lied to me and to some people I know. Up to this point, you haven’t appreciated the Filipinos around who took care of you. Are you really the Filipino you are claiming you are? “

For the complete letter of Mr. Carnay, follow the link.
This would now be the time when I do my tsk-tsk-tsk: Looks like Mr. Friel has a lot of explaining to do.

One thought on “Some issues on Chris Friel”