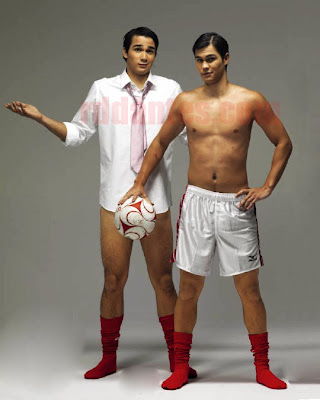 Between the footballer brothers James and Phil Younghusband, who’s hotter? James is the older and taller one. He’s turning 23 this September. Phil is the younger one as he is turning 22 this August. While both play football with passion, James is the middlefielder while Phil is the striker. Aside from sports, both brothers are into modeling and endorsement deals. Of course, Phil is the more visible one as he joined Celebrity Duets last year, snagged some underwear deal and endorsed a health drink.

25 thoughts on “The Brothers Younghusband”