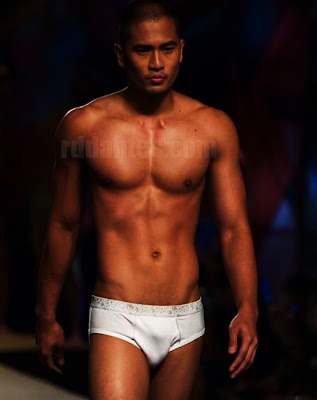 Male model Ram Sagad has also ventured into television, just like his San Sebastian College Golden Stags team mate and fellow model JC Tiuseco. It must be noted that Ram once one-upped JC when the former won the Century Tuna Super Bods Search, where the latter placed first-runner-up. After his stint at the Philippine edition of Fear Factor, Ram was cast in the prime time soaps of ABS-CBN. Now he plays support to the actors in said studio.