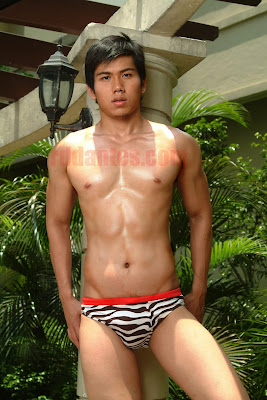 Literally, that is. Raph Almeda maybe holding his breath for a while but he surely has a great body. The 21-year-old model was highly visible this year in the fashion runways. Despite losing the top prize in the Body Shots modeling contest last year, he was chosen as one of Candy Magazine’s “cuties” and one of Cosmopolitan [Phils] Magazine’s “hot new bachelors.” Too, he declared in Cosmo that he’s willing to give someone an “intellectual orgasm” as he considers his brain the sexiest part of his body. Right.

60 thoughts on “Waiting to Exhale”