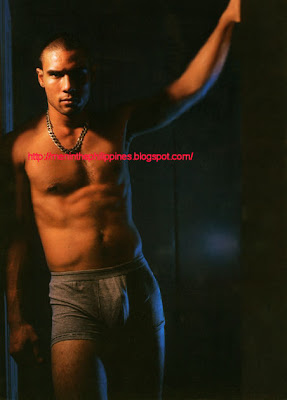 Last seen at the Bench Fever concept show in June last year, British-Filipino Jon Hall has gone a-missin’ from the scene. Prior to that, he was one of the favored models in the Bench mansion. Lately, however, not much has been heard or seen about him. The 6′-tall model, who spent his first seven years in Cebu and the next decade in Florida came back to the Philippines with hopes of joining major basketball leagues. However, after talent casters discovered him, Jon Hall has blazed the runway in major ramp shows for top designers and brands. He also did two adult movies [Xerex and Sinful Nights].

One thought on “Where is Jon Hall?”