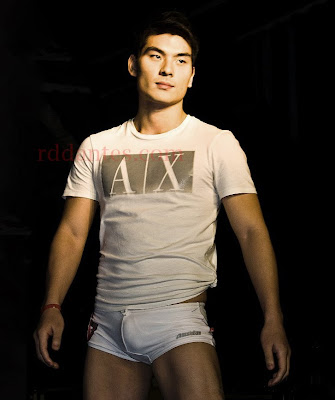 Beats me. Except that he was seen last year in a spate of men-in-thongs contests, such as Mr. Sexy Body, Mr. International-Philippines, plus an appearance as one of the blood-drenched hunks in flesh-colored briefs at the Cosmopolitan [Phils] magazine’s annual Bachelors Bash. Apparently, he’s Korean, not that tall but so cute and flawless and … is that his bulge? WTF!