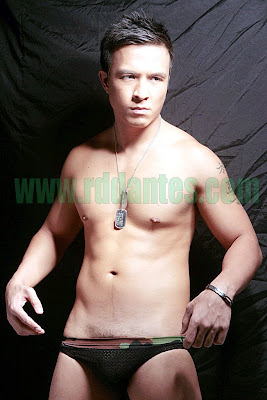 So that you won’t forget, here’s another photo of Marco Morales, who is the lead actor in the new indie movie entitled Booking, slated for a premiere showing on 24 February 2009 at the UP Film Institute. It’s a gay movie, and apparently, Marco will have five cocky scenes. That’s something to look forward to. And then again, there’s the real story of Booking, which is a re-telling of the classic Nora Aunor flick, Bona. Marco will play the D-list actor and veteran actor and hunk Emilio Garcia as the obsessed fan.