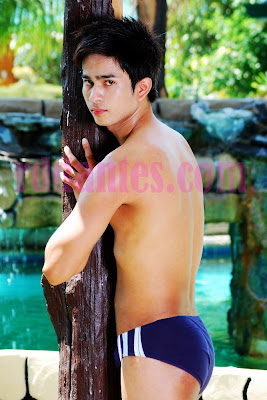 Isn’t he the cutest thing? His name is Mark Bryan Alonzo, a 20-year-old head turner from Sta. Maria, Bulacan. He competed at the Lakan ng Bulacan 2008 contest [won by the guy below, Jerby]. Except for the fact that he represented his hometown in the pageant and that he’s tall and adorable, the 411 is not yet available on this guy. Methinks he has a bright, bright future ahead in the big city. If he’s still unsigned, maybe agents can swoop down on Sta. Maria, Bulacan and have this kid sign up for a talent contract.