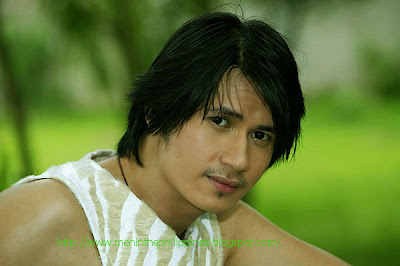 Last July, I had a post on a Piolo Pascual doppelgänger by the name of Rico Lazaro. He was at the Mister Philippines contest where host Angel Aquino addressed him as Mr. Piolo. Turns out, the good-looking winner of the Mr. Young Philippines-World 2005 is making full use of his physical alikeness with the superstar heartthrob. He was the double of Piolo Pascual in his indie movie Chopsuey, which was shown recently. Rico Lazaro admits that his resemblance to the actor is his main ticket to showbiz. He is now starring as the lead actor in the movie Kapatiran [Hazing] by Artist Entertainment Works International. Now, if only there’s a Sam Milby clone out there, the Heartthrobs duo would be complete.