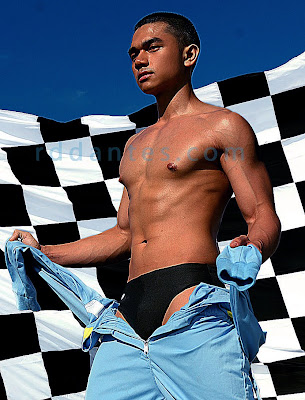 He used to be known as Marc Anthony Patiag when he competed in the Mossimo Bikini Summit 2006 won by a hunky Jerome Ortiz over the cute chinito Hermann Weber. Now, he is known as Marc Jacob, lead actor in the Cinemalaya movie Latak [Residue]. Twenty-two-year-old Marc was born in the Philippines but he grew up in Canada. Before Mossimo, he decided to take a break from college in Canada to come home and re-discover his roots. He has since stayed. Latak is his first movie, which will be shown from 18-24 November 2009 at the Robinsons Galleria. The trailer looks appealing in YouTube.