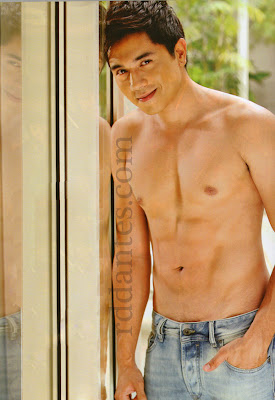 Did we see too much of Paulo Avelino that we’re no longer that excited with images of him in skimpy briefs and ‘kinis? Is it a case of too much, too soon? Definitely, he’s way up there in the pop meter, what with successful shows and soaps in ABS-CBN. In addition, his Bench Body endorsement is proof-positive that he’s the new it-boy. Now, what do you think should he wear next?