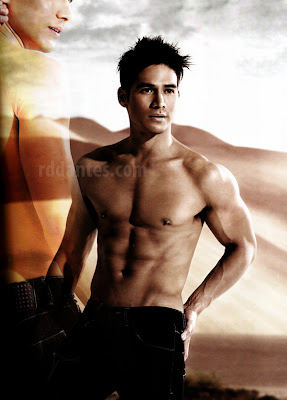 The controversial and attention-grabbing Magallanes interchange billboard of Jake Cuenca in tacky Bench Body briefs has been replaced by an image of a cutesy Piolo Pascual in jeans. In other news, Piolo announced that he wants to keep his love life private to avoid publicity and that his love life has to take a backseat due to his numerous showbiz commitments and endorsements. Moreover, Piolo declared that he still pines for his lady love named KC and that he denies writing a love letter to the girl although he wants to court her in the traditional way.