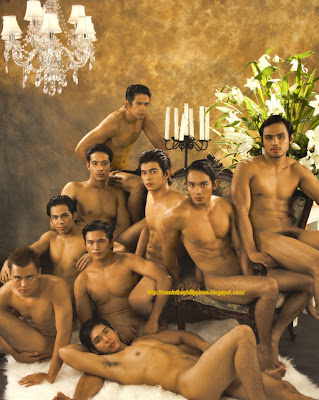 That’s the complete main cast of Cruise, the Men of Provoq’s show on August 10, 2007 at the NBC Tent. Too bad two original members – Michael Raymond Lim and Dennis McIrvin – decamped, but there’s a new member, Harry Chua aka Harry Laurel of Sampaloc, Manila [where Kanto Boy Johnron Tanada also lives]. Aside from the Men of Provoq, there will also be dancers and strippers in the party, plus a bunch of jolly and gay impersonators. I’m not so sure if cameras and camera phones will be allowed inside the venue though, as the show will be the second video of the Men of Provoq, produced by Viva Entertainment. Just the same, the skin parade, which will have a theme of highlighting different continents around the world [directed by Monti Parungao], promises to deliver a grand time for us all.

2 thoughts on “The Men of Provoq are back!”