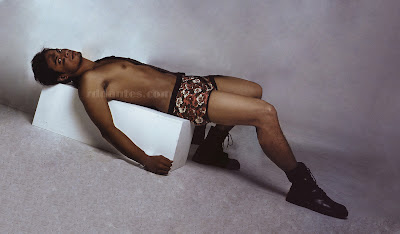 Does Rafael Rosell take great pleasure in shedding his clothes off and teasing, flashing in public? Because he’s always naked in pictures and shows or maybe shirtless when he’s sober, Rafael might easily be mistaken for an exhibitionist. You know, that compulsive behavior to expose the private parts – except, that Rafael has not put on view his penis yet. At the Bench shows, the organizers had no difficult time asking him to stand naked and flash his plump buttocks. At the Coverboys shows abroad, he proudly parades his fanny even when he’s not required to do so. Now, I’m getting it why – despite an acting award from a prestigious organization, he is not being taken seriously.