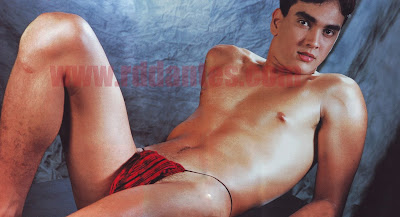 Remember Rodel Velayo, the gay teen’s wet dream in the 90s? He is reportedly coming home today from Australia where he is now based with his wife and kid. Rodel Velayo, who churned out kickass soft-porn flicks such as Itlog, Bakat and Kangkong, is here on a temporary visit, mainly to spend the holiday season. It was not revealed, however, if the 30-something actor will appear in front of the cameras while he is here on vacation.