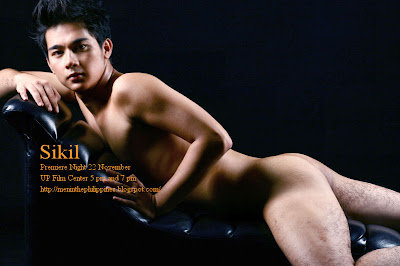 Director Roni Bertubin just got in from Valencia, Espana where he attended the premiere of Sikil at the Mostra de Valencia/Cinema del Mediterrani Film Festival. He reports that the indie movie got rave reviews from the tough European critics. The movie will have its world premiere again at the 2007 Cancun International Film Festival on November 14-18, and at the UP Film Center on November 22 with two screenings – 5 pm and 7 pm. Tickets at Php 150.00. Photo above is one of the lead actors – Ken Escudero aka Alvin Asuncion. More photos and updates coming up.