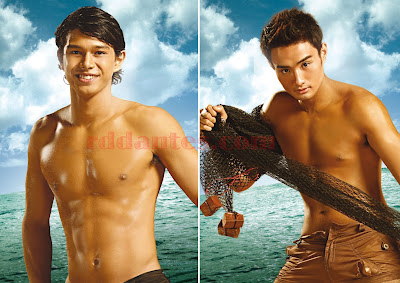 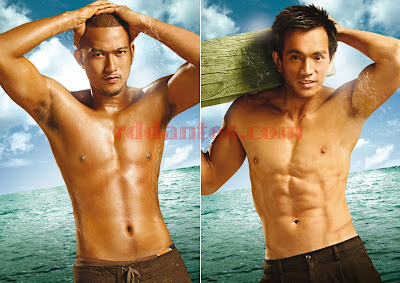 Louie Ang [left] and Shaun Rodriguez
At the press launch yesterday of the second Philippine edition of Survivor, the highly successful reality tv franchise, the new castaways [contestants] were introduced in their swimming trunks. Most conspicuous were young models Marvin Kiefer dubbed by the show’s writers as the Ultimate Crush and Piko Suzuki designated as the Japinoy Hunk. Of course, there’s 24-year-old Louie Ang, an IT office worker tagged as the Walking Penis, kidding, rather as Chickboy whatever that meant, and late 30-something government employee Shaun Rodriguez nicknamed as Hot Dad. Sex really sells and that’s that. Hopefully Survivor gets through the ratings next week.