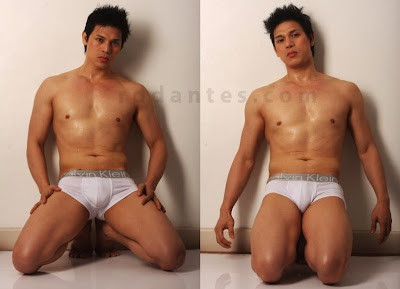 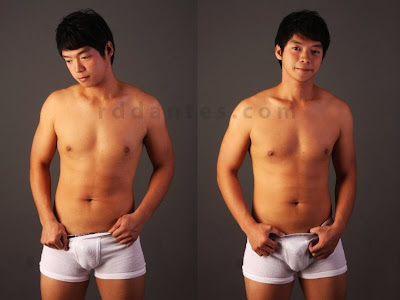 The theme of the story of the new indie flick Parisukat [Square] is murder-mystery, a whodunnit tale of a gay serial killer in a creepy house. Aside from the tale of carnage, there are also carnal episodes among the actors, particularly the leads – former model and 90s sexy actor Toffee Calma [top pics] and comer Jeff Tatsuro [bottom pics]. Of course, you’ll have to watch the movie starting 10 March 2010 [Wednesday] at the Robinsons Galleria to find out who did the full monty in this one. By the way, the entire cast will be at the Galleria on Wednesday at 8.30 p.m. for the meet-and-greet.