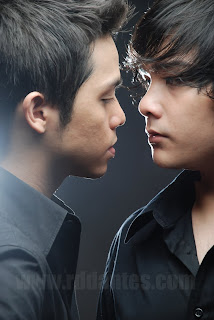 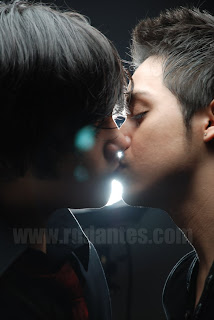 I’m doubly excited about this one: The Ateneo’s blueRepertory [blueRep] is staging the Philippine version of bare: the musical! This is a coming of age story of two high school seniors – Peter, a socially awkward loner, and Jason, the golden-boy popular jock.  It depicts the reality of adolescence, as the boys find themselves amidst the pressures of their Catholic boarding school.  They deal with their sexuality, friendships and at the end of the year find themselves thrust into a world with more questions than answers.  bare: the musical has won numerous awards over the years including the LA Ovation Awards and the LA Drama Critics Circle Awards for Best Musical in 2001.  The Ateneo version, which is directed by theater vet Ana Abad Santos, will surely not scandalize the Jesuits as it is scheduled to premiere on 17 February 2009 at the Fine Arts Exhibit Hall, Gonzaga Hall at the Ateneo.  Shows run from 17-21 and 24-28 February , all at 8 p.m.  For ticket reservations, call or text Alexa [0917 722.0805] or Aye [0917 242.6473].