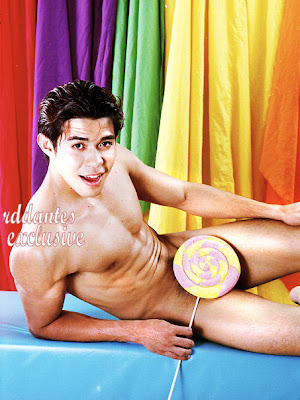 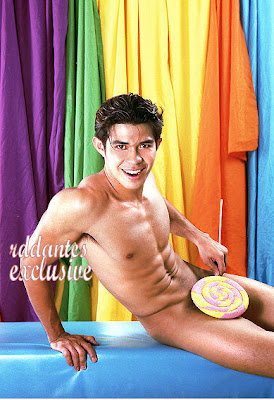 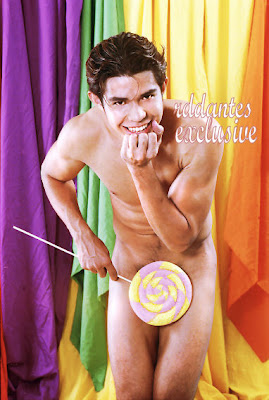 Okay, he made our hearts go giddy-yap. This Filipino-Irish Cebuano was the most daring Viva Hotmen member. Remember their first video where he was bathing under the waterfalls in his white jockeys? Bakat! Or that massage-shower scene with another Viva Hotmen hottie Ethan Zulueta? Or their first video launch at the Island Cove when he tore his t-back thongs and threw it at the audience [Who caught that?]? Darn. But did you know that he graduated with a Marine Technology course? He used to work for a chemical tanker abroad, before coming home to join numerous bikini contests. RS Francisco discovered him and recommended him to the group and the rest is history. Viva Hotmen is also, uh, history now.