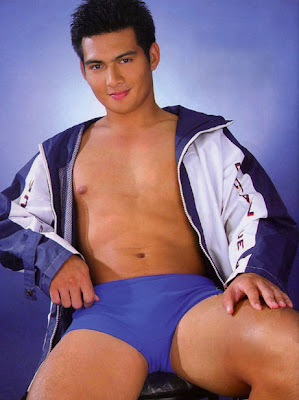 His real name is Richard Somes and he first came into the she-stuff consciousness in November 2003 as The Bachelor in the now-defunct reality show on GMA 7, Extra Challenge. This looker has stacked up a bit of appearances in TVCs for products such as Tanduay, Greenwich, Vaseline Lotion and Jollibee. When he went full-time in showbiz, the story goes that Kris Aquino [yes, her!] suggested to his manager that he change his name to Rich Vergara as it sounds awfully familiar to Richard Gomez. And then he performed in that driveling excuse for a male version of the Vagina Monologues, the stage play Penis Talks. Despite his good looks, Richard’s career is still in the nether regions of showbiz.