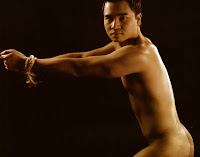 Several years ago, he was gay-magazine stud-fodder. He was once part of the Cover Boys, a group of bare-all dancers who did the rounds of Manila’s gay bars then. Rusty Elizalde, as he was once known [photo below], has since hopped from one bar to another as an exotic dancer. He was also Malate district’s token go-go boy in the annual White Party and Gay Pride events. Now, he has resurrected and has taken on the name Kalvin [see photos above]. 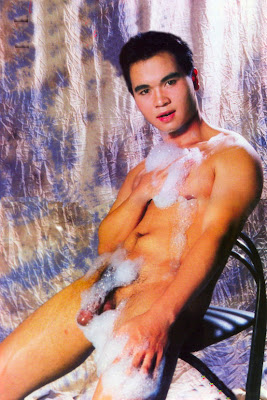 One thought on “The comeback of an exotic dancer”