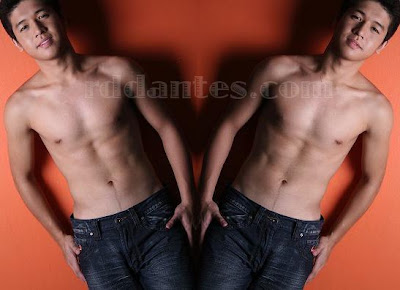 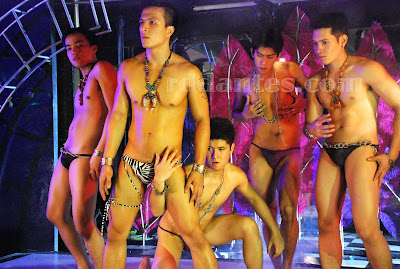 He bears an uncanny resemblance to rising star Aljur. In fact, everywhere Aldrich Darren goes, people tell him that. When he competed at the Circle of 10 Image Model Search 2008, a competition for cutesy teens who want to be actors and models, he won the popular Internet vote. After that, he did the radical shift – he dropped his pants [see this image] and went to become a bit player in the Marco Morales movie, Walang Kawala. Lower photo shows Aldrich Darren in a skimpy bikini under Marco, in a still from Walang Kawala. Not bad, eh?