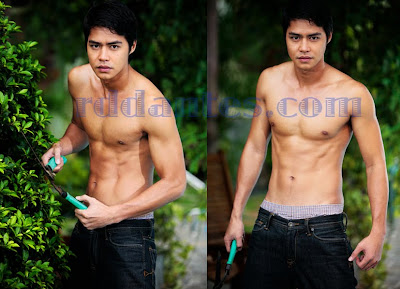 Have you seen Kimmy Dora, that funny movie produced by Piolo Pascual? Zanjoe Marudo‘s in it and he looks hot shirtless in some scenes. I used to think that he’s just a big clown when he acts. His recent appearance in Kimmy Dora proved otherwise, as he played a serious country boy with a big heart. I think Zanjoe should just veer away from the usual stuff that projects him as a buffoon on tv and the movies. No more comedy shows with the uglies. No more of the bumpkin roles. No more of the airhead portrayal. If he gets his act together, he can be a big leading man on tv and the movies. Piolo Pascual would be so proud.